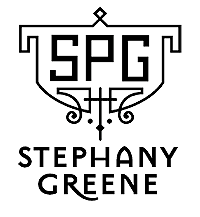 Stephany Greene is a Public Relations and Marketing Consultant, Brand Ambassador, and the Author of "Stephany's Style Secrets: 7 Steps to Live and Dress Your Best," who has branded and designed collections for the NFL, NBA, Calvin Klein, Tommy Hilfiger, Ralph Lauren and Perry Ellis.
Read Stephany's blog on

Stephany's clothing designs have been sold at

Stephany Greene is a Fashion Expert and Designer, Host, Brand Ambassador, Marketing Strategist, Creator of HowToStyleYourself.com, and Author of "Stephany's Style Secrets: 7 Steps to Live and Dress Your Best". She has styled and designed for Ralph Lauren, Tommy Hilfiger, Calvin Klein, The Gap, the NBA, and the NFL, where her collections have garnered over $90 million in sales.

As one of America's most respected Brand Ambassadors and Brand Builders, Stephany has partnered with Macy's, Bloomingdale's, The Gap, Family Dollar, Unilever, Caress, Kotex, Vaseline, Essence, and Ebony for her ability to influence customer loyalty and engagement. Her work as a Celebrity Stylist has resulted in a successful image consultancy that serves clients, audiences, and organizations domestically and globally.

A trusted authority on the business of building fashion, lifestyle, luxury, and budget brands, Stephany has been seen on CNN, Bravo, BET, ABC, NBC, The New York Post, The Boston Globe, Business Insider, Essence, Ebony, Real Simple, Redbook, and WWD Magazine, and her blog has been featured on CNN, Essence, and FamilyDollar.com. As a native Washingtonian, Stephany is featured in two coffee-table books, the Inaugural Edition of the Best of D.C., and The Who's Who of Black Washington, D.C.

In her commitment to education as a Professor, Stephany founded the Fashion Program at the University of the District of Columbia (UDC), where she raised $500,000+ to fund the program’s installation, and she wrote and won a grant from The Tommy Hilfiger Foundation. Stephany secured a partnership with Gap Inc. for the Fashion Program, which attracted a White House Initiative, as sanctioned during President Obama's administration. In her role as a Professor, Stephany has also taught at Georgetown University, Florida International University, and Miami International University of Art and Design.

Stephany earned a master’s degree in public communication from American University, and a bachelor's degree from Pratt Institute (BFA, Design), where she serves as a Board member of the renowned Design Advisory Council.

Her eye for image is spot on!"

Stephany’s appearances in the press and media include

7 Steps to Live and Dress Your Best 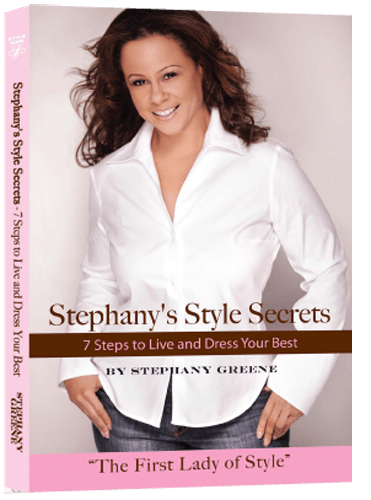 Personal power and personal style are one in the same. Discover your style by breaking down the barriers that have prevented you from designing the life you deserve. Learn Stephany’s seven steps to live and dress your best:
1. Love Yourself No Matter What
2. Flatter Your Figure, Forget Your Flaws
3. Dress For Yourself, Not Anyone Else
4. Life Without A Mirror
5. Discover Your Personal Style
6. Risks Equal Rewards
7. You Look Great, Dammit
Stephany’s Style Secrets, 7 Steps to Live and Dress Your Best will teach you how to dress and live your best life, for the rest of your life.
eBook $9.99
Paperback $14.99

Buy the paperback or digital eBook

“What you wear on the outside is truly a reflection of who you are on the inside, and Stephany Greene is the absolute embodiment of creativity, success and passion. I am thrilled that she is finally sharing her secrets with the world, allowing others to live, learn and follow in the footsteps of this inspirational fashion icon.
Stephany – success is just her style.”

“Empowering, innovative, and authentic. Stephany’s Style Secrets dispel typically critical advice and replace it with 7 uplifting steps that make anyone feel fabulous. As a true industry expert, Stephany uses her talents to teach everyone how to dress and live their best…a must read for anyone who wants to learn from the real deal.”

For more about Stephany,
watch her demo reel.

| How To Style Yourself 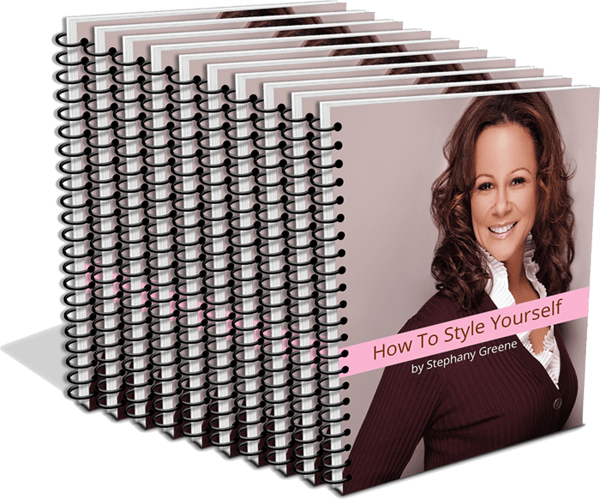 • Have you ever wanted to look like a celebrity or super model?

• Have you wished you could hire a celebrity stylist, but couldn’t afford it?

• Do you lack the time or money to change your look?

• Want to upgrade your image for a special occasion, new job, or hot date?

• Do you want to look and feel fabulous every day – on a budget?

If you answered YES to any of these questions

I will help you!

My online course will teach you

How To Style Yourself™ in just 10 easy steps!

I’ll give you my fashion industry secrets

and teach you How To Style Yourself™

To subscribe to Stephany's free tips, schedule media appearances or interviews, or for additional inquiries, please fill in the form below, or email us at publicist@stephanygreene.com. Thank you!